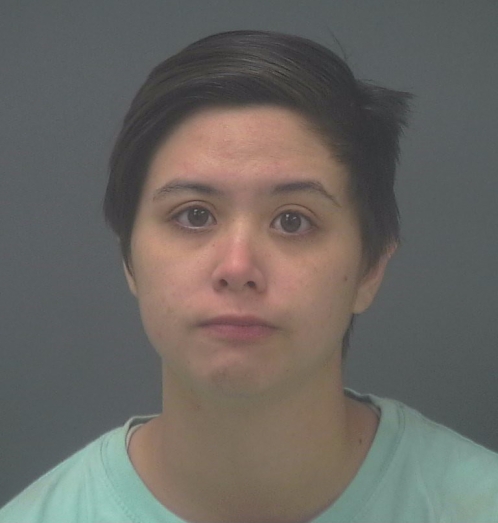 Sarah Marie Meehan, 22, was arrested at a Circle K 2 p.m. Sunday after a deputy found she was carrying an assortment of drugs, including cocaine, heroin and methamphetamine.

According to Sheriff Bob Johnson at a news conference today, the street value of the drugs was nearly $8,000.

Meechan had 2 bags each of cocaine, heroin and methamphetamine, totaling 5.1 grams, 6.2 grams and 35.7 grams, respectively.

“We got a lot of heroin off the street,” Johnson said. “People are not getting these drugs now because we have them.”

In addition to the three drugs mentioned above, Meechan was also carrying two bags of marijuana, 123 Xanax bars, 31 oxycodone pills and 34 ecstasy pills.

The SRCSO was contacted by convenience store staff when Meechan and another woman exited a restroom after being inside for more than an hour, Johnson said.

“We got the call as soon as they were exiting the bathroom,” he said.  “Meechan had a mark on her arm that was indicative of just probably shooting up some kind of substance.”

Upon questioning by the SRCSO deputy, Meechan admitted to having some controlled substances on her, the sheriff said.

“She’s still currently a guest of ours,” Johnson said.

Although the sheriff’s office has had previous encounters with Meehan for various offenses, this was Meehan’s first narcotics arrest, he said, “and it’s a pretty good one.”

According to Johnson, the other person with Meehan was not arrested.