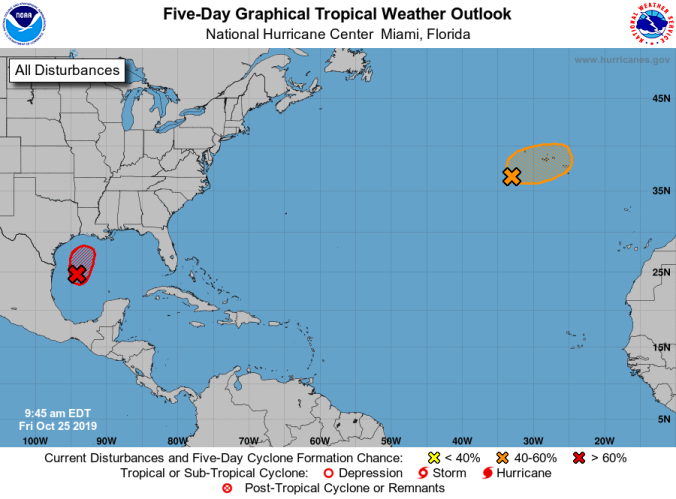 HOLT, Fla., Oct. 25, 2019—The National Hurricane Center is forecasting a tropical system to form in the Gulf of Mexico later this morning.

Should it become a tropical storm, it will be named Olga.

Started as a tropical wave over Mexico and Central America, the low-pressure system moved into the Gulf and over warm waters.

While a tropical system is expected to form, it’s also forecast to merge with a cold front and become post-tropical tonight as it moves over the northwestern Gulf of Mexico.

Further out in the Atlantic Ocean, a small non-tropical low centered a few hundred miles southwest of the western Azores is producing tropical-storm-force winds.

If it becomes better organized, the NHC says a tropical or subtropical system could form later today.

This system will not impact the United States.