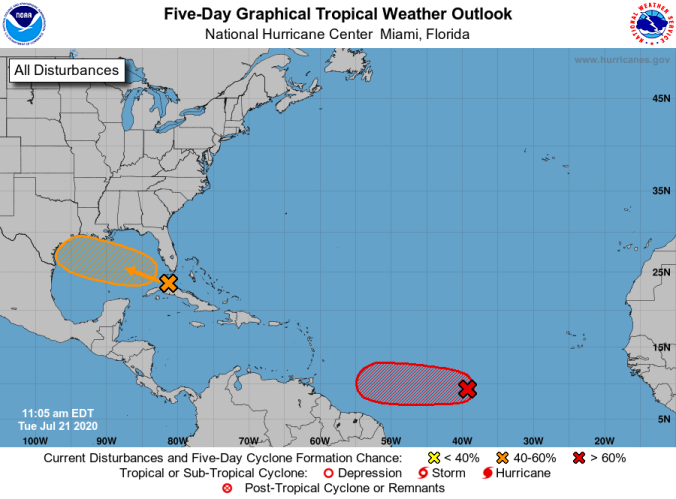 HOLT, Fla., July 21, 2020—The National Hurricane Center has issued a special tropical weather outlook to update the status of the system in the Atlantic Ocean.

Satellite imagery and recent satellite wind data indicate the low pressure system located midway between the west coast of Africa and the Lesser Antilles continues to get better organized.

If current trends continue, advisories could be initiated on this system as a tropical depression later today, according to the NHC. It now has an 80 percent chance of further development.

Regardless of development during the next couple of days, less favorable conditions should limit additional development by the weekend, according to the NHC.