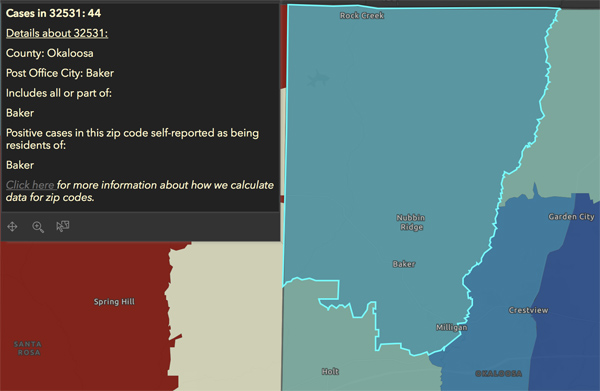 Milligan also added another case for a total of two.  Holt and Laurel Hill did not add to their daily totals.

Deaths are up in Okaloosa County. Four more were listed for a total of 20 countywide. 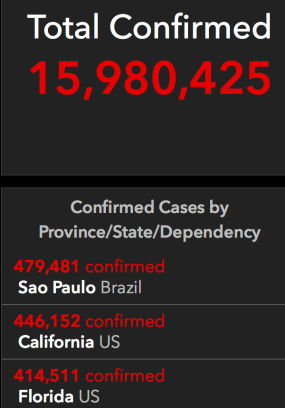 This is the second day in a row Florida posted more than 12,000 new virus cases in a 24-hour period.

Florida now has more total virus cases than New York. The Empire State only added 750 new cases compared to Florida’s 12,199, more than 16 times as many in a single day.

California has the highest total cases in the nation and is second globally.

Florida’s standing is now third highest in the world.