“Secrets on the Emerald Coast” profiles an Okaloosa County Sheriff’s Office investigation involving a married local preacher and the disappearance of his girlfriend who was the mother of his infant daughter. 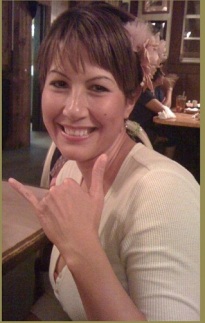 In 2011, Marie Jane Carlson, 37, disappeared from the Fort Walton Beach area, leaving behind a newborn child, an 8-year-old daughter living with her ex-husband in Kentucky and a group text message.

“There is something that I have been wanting to do for a very long time and there is no better time than now to do it,” was the text sent Oct. 18 to several people.

Her vehicle was found parked at the Destin Fort Walton Beach Airport Oct. 21 by James Ty Flanders, a pastor at the Calvary Emerald Coast Church on Racetrack Road. Carlson had been living with Flanders and his wife, Tanya. Flanders also was the father of Carlson’s newborn daughter.

In 2015, investigators from TNT network’s TV show Cold Justice started looking at the case.  The Cold Justice team focused on Flanders and his wife, who relocated to Arizona shortly after Carlson’s disappearance.

Five years after she disappeared, Flanders was finally arrested for second-degree murder in 2016 for Carlson’s murder.

Flanders cut a plea deal. He admitted to the murder, parking Carlson’s car at the airport, sending the text message and showed law enforcement where he buried the body in his backyard in exchange for a reduced charge of manslaughter and a sentence of not more than 15 years in prison.

He was sentenced the maximum 15 years.

While in town, Dateline also visited the Air Force Armament Museum and McGuire’s Irish Pub in Destin and did small stories on them.