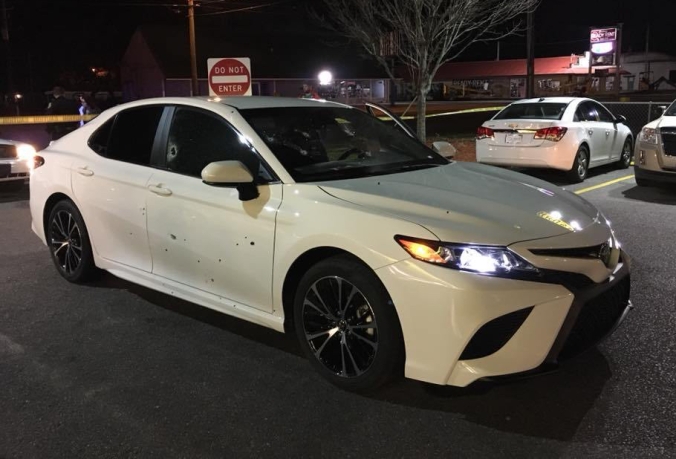 Two men were injured when the car they were driving was stuck multiple times by gunfire Friday night. (Crestview Police Department)

The men were transported to the local hospital after driving to the Waffle House on U.S. Highway 90 West next to the newly renovated McDonalds.

Ron Borner, 35, and Kreskin Robinson, 25, both from Fort Walton Beach, drove their white bullet-ridden Toyota Camry to the Waffle House where they received first aid from restaurant employees until Okaloosa EMS arrived.

Both men are listed in critical condition. 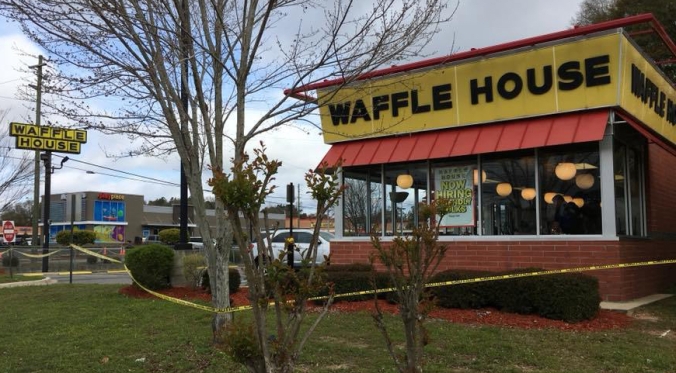 The Waffle House was closed to the public until around 10:30 a.m. Saturday. (Crestview Police Department)

The restaurant was roped off and closed to the public until the Crestview Police Department investigation was completed around 10:30 a.m. Saturday.

The police know the shooting occurred on Hickory Street, about a block south of the restaurant; however, no motive or suspect in the shooting has been identified.

The incident is still under investigation.

One thought on “Two injured in Crestview shooting Friday”