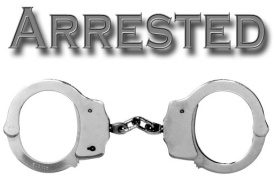 SHALIMAR, Fla., April 27, 2018–A Destin Middle School student who made a violent threat toward his school was arrested by the Okaloosa County Sheriff’s Office following an investigation into an incident on a school bus April 26.

Ian Ray, 14, was charged late yesterday with making a false report about planting a bomb, explosive or weapon of mass destruction or concerning the use of firearms in a violent manner, a second-degree felony.

Ray got into a verbal argument around 3:30 p.m. Thursday on a school bus over the type of music being played and then said he was going to shoot up the school bus and Destin Middle School.

He referred to a student by name as his first target and added that he had a hit list.

Okaloosa County Sheriff’s Office, as well as other local law enforcement agencies, have stressed there is zero tolerance regarding school threats.