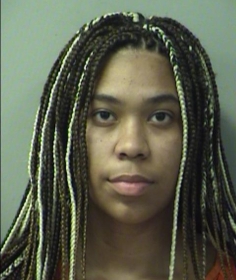 During a follow-up interview with Okaloosa County resident Mitchell, 21, she admitted to detectives she lied about the entire incident and at no time did anyone attempt to kidnap her.

Following her confession, she was arrested for making a false report to law enforcement authorities which has a penalty of up to one year in jail.

Mitchell initially reported two men attempted to kidnap her and place her into the rear of a gray van in the area of Ferry Park in Fort Walton Beach.

During the initial investigation, using information provided by Mitchell, the police issued an alert to the community and surrounding law enforcement agencies to be on the lookout for the van and two occupants.

An Okaloosa County Sheriff deputy received a tip July 17 from a member of the community about a location of a possible van matching the description of the one used at the alleged crime.

Deputies searched the area and conducted a traffic stop on a van matching the description with two individuals inside.

Detectives from the Fort Walton Beach Police Department responded and conducted interviews with the occupants and processed the van for any physical evidence which led to the follow-up interviews with Mitchell and her confession.