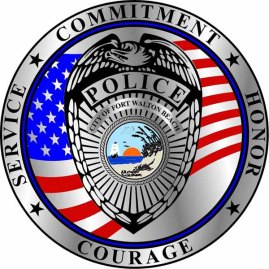 Fort Walton Beach Police Department responded to a call around 8 p.m. to Ferry Park where a woman said she was the victim of a kidnapping attempt.

The woman said she was walking the trail within Ferry Park when she noticed a gray painter’s-style van.

As she reached the end of the trail, she noticed the same van with its rear cargo doors open and one white man and one black man standing near the van.

The two men attempted to physically grab her and put her in the rear of the van; however, she managed to escape and call the police.

She only suffered minor injuries from the attack.

According to the victim, the black man was approximately 6 feet tall, approximately 38-to-45 years old and was wearing a beanie, sunglasses, white shirt, jeans and black boots.

The white man was approximately the same age with hazel eyes, a white beard and unknown clothing or hair color.

The van had a tinted window on the side, two cargo-style doors at the rear and trash and papers scattered across the font dash.

This is an ongoing investigation.

Fort Walton Beach police stress for people to be aware of their surroundings and report any suspicious activity.

Any individuals with information regarding this case or saw the individuals or the vehicle in question are asked to contact Detective Sgt. Brandon Chapin or Detective Thomas Zbikowski at 850-833-9546 or call 911 for an emergency.