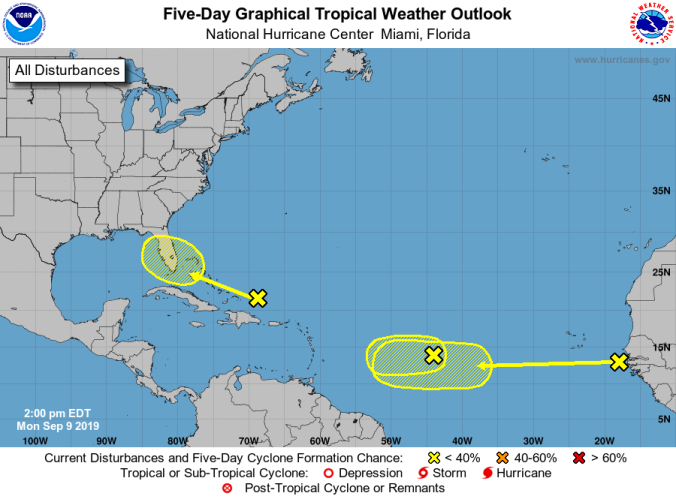 HOLT, Fla., Sept. 9, 2019–A tropical wave just off the coast of Africa brings the Atlantic watch areas to three.

The new spot is expected to move quickly westward during the next several days, according to the National Hurricane Center.

Forecast models indicate the wave will likely merge with the low-pressure area ahead of it in the central southwest tropical Atlantic.

Some slow development is possible late this week or during the weekend when the system is several hundred miles east of the Lesser Antilles.

Formation chance is low at 20 percent for the forecast period.

The other two identified areas still show a low chance of development, according to the NHC.