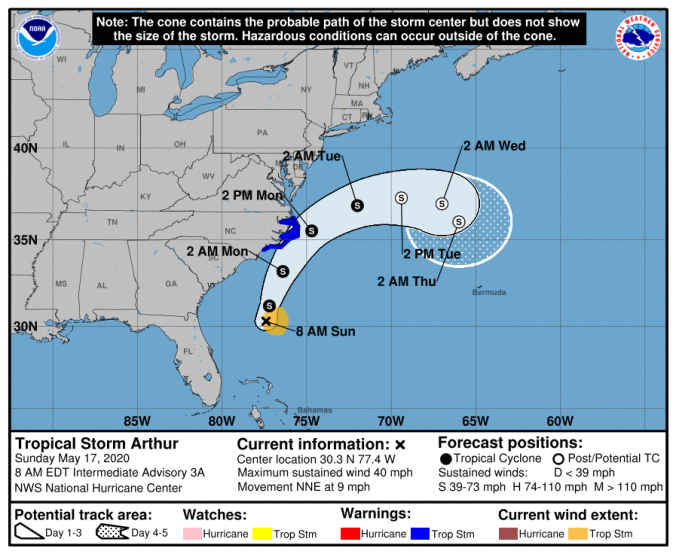 Tropical Storm Arthur was upgraded from a depression to a storm late last night after Air Force reconnaissance aircraft found the system had strengthened.

Wind speeds have increased to 40 mph.

As the system moves northeast, conditions are favorable for Arthur to strengthen as the storm passes near the North Carolina Coast, according to the National Hurricane Center.

The NHC forecast indicates Arthur’s strength could increase to 60 mph in the next couple of days, short of becoming a small category 1 storm, before it begins to dissipate toward the end of the five-day forecast.