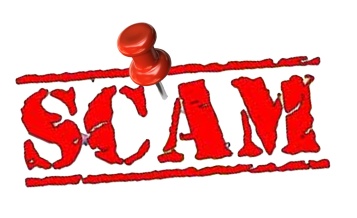 HOLT, Fla., July 7, 2017—Grandparents across the United States are being targeted by scam artists who pose as grandchildren in distress.

According to the Michigan Attorney General’s Office, in one instance, Michigan grandparents were taken for $33,000.

“They wire transferred $3,000 to someone they thought was their grandson after he called and claimed he was caught fishing without a license in Canada and needed to pay a $3,000 fine,” according to an undated statement on the AG website.

“They were taken for an additional $30,000 after the supposed grandson called again to say that alcohol and drugs were found when his boat was searched, and he needed $30,000 to post bond to get out of a Canadian jail.”

A similar call was received in Oklahoma late last month. The caller who claimed to be a grandson said he was in jail in Miami and needed $4,000 bail money. In this instance, the grandparents refused to send the money.

A day passed before the grandson contacted his grandparents and told them he was fine and hadn’t been in Florida.

Once the grandparents refused to send money to the caller, the scammer didn’t call back.

This type of scam isn’t new. Family emergency scams have been around for a few years, according to an FBI 2012 alert message on its website. The FBI has been receiving reports on this since 2008.

How the scam works
The grandparents scam operates like a family emergency scam—a family member calls stating he is in trouble and needs money.

In the grandparent scam, a grandparent receives a frantic phone call from a “grandchild” who sounds like he is in trouble—legal, emergency or otherwise—and asks for money.

The scammer asks for several thousand dollars, and in some cases may call back several hours or days later asking for more money, as in the Michigan case mentioned earlier.

The scammer instructs the money to be wired through Western Union or MoneyGram, or to provide bank account routing numbers. Once the money is wired, it’s gone and cannot be traced or recovered.

Sometimes two individuals conduct the scam. One acts as victim, the other acts as law enforcement to explain the fines incurred by the grandchild.

How targets are picked
The Internet can provide scammers with the information they need to conduct their shady business.

“Thanks to the Internet and social networking sites, criminals can sometimes uncover personal information about their targets, which makes the impersonations more believable,” according to the FBI statement.

Avoid being scammed
The FBI recommends these steps to avoid being taken in by these types of scammers.

The FBI recommends people who receive this type of phone call, or any type of scam call, to file a complaint with the Bureau’s Internet Crime Complaint Center. The center  collates and analyzes the data to look for common threads that link complaints and help identify the bad guys.