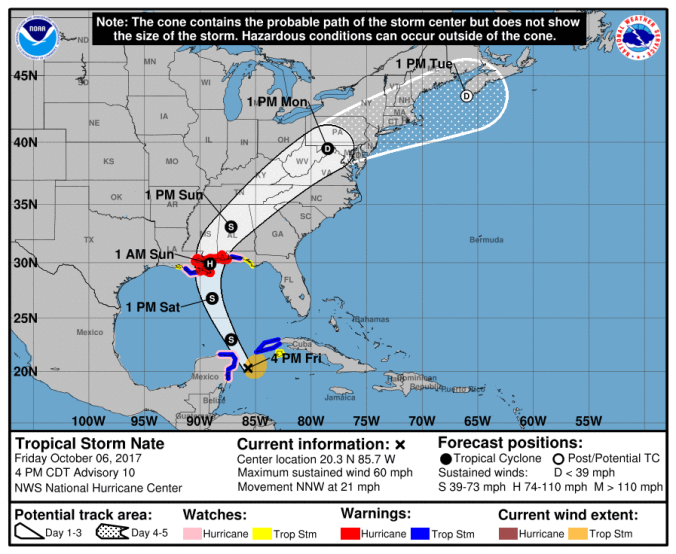 HOLT, Fla., Oct. 6, 2017–The National Hurricane Center has adjusted its predictability cone for this afternoon’s update.

Holt, Crestview, Milton and Pensacola are again outside the cone for now.

Nate is still moving north-northwest near 21 mph. This motion is expected to continue through Saturday with a turn toward the north and northeast expected Saturday night and Sunday.

Winds have increased to near 60 mph. Additional strengthening is forecast during the next 36 hours and Nate is expected to become a hurricane by the time it reaches the northern Gulf of Mexico.

Tropical-storm-force winds now extend outward up to 125 miles mainly to the east of the center.

While not an issue for Holt, a 4-to-6-foot storm surge along the coastal areas is expected.