Response calls, inspections, rib sales, Kids Day and work toward a new fire station are just some of the events that occurred during 2017.

Founded as a special district in 1994, the district stayed busy as it responded to nearly 300 calls for fire and medical assistance not only in the Holt area, but along a 10-mile stretch of Interstate 10 and assisting with other calls in the surrounding area.

In February, the Insurance Service Office announced Holt Fire District improved its rating for the public service it provides.

The ISO rating is from 10 to 1 with the lower the number, the better.  A 4 rating is the best a volunteer fire department can receive.

The 5/5x classification means the majority of the community it serves lives within 5 miles of a fire station or 1,000 feet from a fire hydrant.

Because the new rating lowered homeowner insurance rates for some, homeowners are recommended to call their insurance agents to see if they qualify for a lower premium. 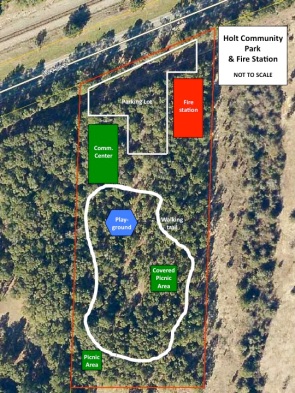 Okaloosa County is building the park; however, Holt Fire is looking for grant money to finance the new station.

The park and community center are expected to be completed by the end of fiscal year 2018.

The district closed out the year with its annual Kids Day and participation in the Crestview Christmas parade.

New this year was a fire safety house designed to teach children how to exit a house fire safely.

And Sparky the Fire Dog and Smokey Bear was on hand to meet the kids and have their pictures taken.

Next up for the fire district is the first rib sale of the new year. 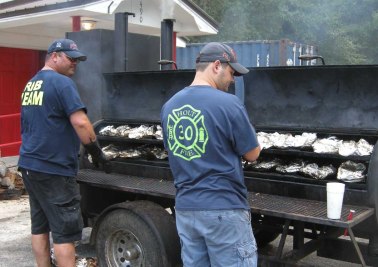 Scheduled for Super Bowl weekend, Holt Fire will be smoking racks of ribs Feb. 2 and 3.

Ribs will go into the smokers at 8 a.m. both days and smoke for four hours until they’re fall-off-the-bone tender and juicy.

Ribs are generally sold on a first-come, first-served basis beginning at noon each day, so connoisseurs are recommended to arrive early.