A Toyota Tundra pickup truck, traveling eastbound, flipped on its side after the trailer it was towing came unhitched.

Neither of the two people in the truck were injured in the accident.

Holt firefighter Glen Arne said the initial emergency call was for a rollover with entrapment.

“A rollover means they automatically send a [medical response] helicopter,” he said.

When Arne arrived on scene, the two men in the pickup were already out of the truck and unhurt, so the call was downgraded and the helicopter and EMS were called off, he said.

The pickup, belonging to the Roach Coach Pest Control Service in Perry, Fla., was traveling east on U.S. 90 when the trailer it was towing began to sway from side to side.

As the driver tried to slow down to control the sway, the trailer pulled the truck across the westbound lane and onto the north shoulder of U.S. 90 before causing the pickup to flip on its side just west of Gilmore Road.

The trailer came to rest after hitting a pine tree.

After unhitching, the trailer traveled toward the flipped pickup before hitting a pine tree and coming to a rest a few feet from the truck.

Both men were trapped inside the pickup cab but unhurt.

The passenger, after cutting himself out of his seatbelt, began kicking at the windshield in an attempt to exit the vehicle.

Both occupants managed to escape through the windshield with the help of a passerby who saw the accident. 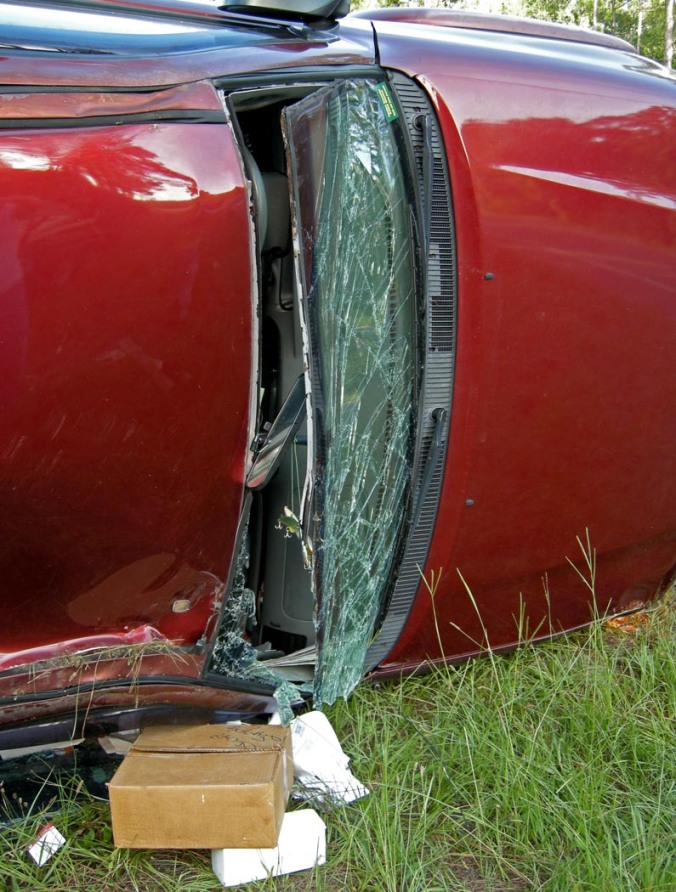 The driver and passenger of the pickup managed to escape the cab through the windshield after the crash.