The car chase ended at Dove Run Road with no injuries.

All four were charged with misdemeanor offenses of resisting arrest and felony possession of a control substance with intent to sell.

Thomas and Koehler were charged with fleeing to elude law enforcement, felony charges.

Thomas was additionally charged with hit and run/leaving the scene of an accident, a misdemeanor.

In addition to the drug charges and resisting arrest, Broadnax was charged with carrying a concealed weapon after brass knuckles were found in his pocket following his capture, a misdemeanor.

Rather than stopping, the SUV driver, Koehler, raced away south, running a black sedan off the road. 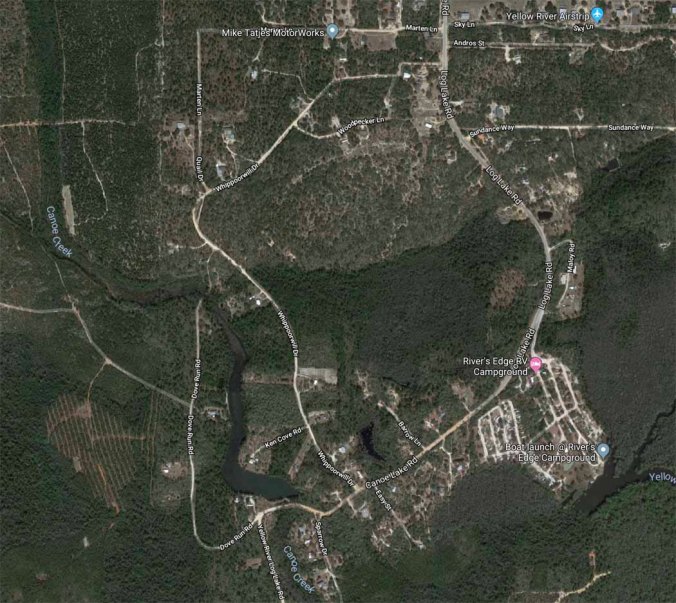 After about a half a mile, Koehler stopped the SUV near the River’s Edge campground where he, Ballard and Broadnax, his two backseat passengers, jumped out and ran before being captured by other OCSO deputies.

Meanwhile, Thomas slid over from the passenger seat and sped away with the deputy in pursuit with lights and siren down Log Lake Road.

Thomas refused to stop, hit a wooden fence and continued to flee, turning down Dove Run Road until she ran out of road, at which point, she jumped out of the SUV and took off on foot.

A perimeter was set up and K9s were called in, but Thomas surrendered to deputies on Whippoorwill Drive.

After being read her rights, Thomas said she fled because the SUV belonged to her mother and she was scared because she had taken Xanax and did not have a prescription for the drug.

The other three suspects also admitted to taking Xanax.

Koehler denied he had been driving the car; however, Thomas identified her boyfriend, Koehler, as the first driver.

A search of the vehicle resulted in several white pills identified as Xanax and 13 smaller jewelry-sized bags all in a large plastic bag inside the SUV’s center console.

Thomas was released on bail Dec. 16. Ballard, Boardnax and Koehler remain in the Okaloosa County Jail.