Commissioner Graham Fountain, Okaloosa Board of County Commissioners, was injured while trying to assist a young woman who was being beaten by Irby Franklin Jordan, 74, of Dothan, Ala.

The incident occurred around 3:30 p.m. on Alabama Street near Lance C. Richbourg School in Crestview. 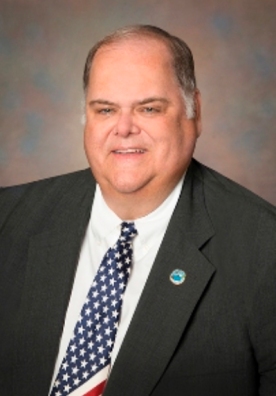 Fountain and his wife were returning home from a friend’s funeral when they noticed a car blocking the road and saw Jordan beating a woman around her head and neck while dragging her by her hair out of the car and throwing her to the pavement.

Fountain, a retired law enforcement officer, and his wife, a registered nurse, dialed 911 and jumped out of the car and to help the woman.

Jordan, claiming he was a federal officer, screamed for everyone to leave the scene.

He attempted to take a swing at the commissioner’s wife as she was giving aide to the victim and shield her and her mother from Jordan.

At that point, Fountain got in front of Jordan and ordered him to back up and stand down.

According to Fountain, Jordan jumped in the commissioner’s face and said he was a member of the Central Intelligence Agency and he “would kill” him.

Fountain advised Jordan he was a retired certified law enforcement officer and a public official and Jordan was not going to be allowed to commit any more acts of violence on the women.

Before Fountain could take physical action or retrieve his weapon, Jordan grabbed Fountain’s suit coat lapel and threw him over the rear bumper and to the pavement causing Fountain to roll three times after hitting the pavement.

“[He was] crazy with rage and a high degree of strength for his age,” said Fountain. “I’m a big boy and he threw me across that asphalt like I was a rag doll.”

Crestview Police arrived and tasered Jordan as he was lining up a kick to Fountain’s head as he was laying on the road.

Fountain was taken to North Okaloosa Medical Center where he was treated and released the same evening.

“I hate he got the jump on me before I could deal with him first,” said Fountain. “I guess I have to realize that time and age are not my friends. I’m definitely not a 25-year-old deputy sheriff anymore. I’m a man who believes in God’s providence; we were in the right place and time to defend the victim.”

Fountain received head, back, arm and shoulder injuries from the attack.

Jordan was also treated at the hospital for a possible heart attack.

Earlier this week, Jordan called the Commissioner’s office and attempted to threaten the county executive assistant.

According to an affidavit supplied by the executive assistant, Jordan again claimed he was a federal officer and the commissioner would be charged with assault if he did not drop charges against him.

He also threatened to sue the commissioner for $5 million and arrest him for assault on a federal agent.

It’s not known at this time what connection Jordan had to the women or caused his attack on them.

“I’m pretty busted up, but I would do it again to help out,” said Fountain. “I can’t stand bullies or bad people who like to hurt others.”

Jordan is charged with multiple felonies, including extortion by threat, attempt to corrupt a public official by threat, impersonating a law enforcement officer and obstruction of justice.