CRESTVIEW, Sept. 29, 2019—A Crestview woman is fighting for her life after she was injured during a hit-and-run incident Sept. 25.

Ashley Nicole Richards, 30, was hit on Okaloosa Lane east of downtown Crestview near U.S. 90 while crossing the street around 1:30 a.m. Wednesday.

The accident caused a broken femur, broken pelvis, broken arm, broken shoulder, fractured lumbar, multiple facial fractures, a collapsed lung and bleeding in her brain, according to the information on her mother, Suzanne Wilkins’, Facebook page.

Doctors performed an eight-hour surgery Wednesday to insert a titanium rod in her leg and work on her broken pelvis, according to her mother.

Thursday she had surgery to set her broken arm and shoulder.

She has a chest tube and is on a ventilator.

The driver and type of car are unknown and as of yesterday, there are no suspects in the hit-and-run accident.

The Florida Highway Patrol is investigating the accident. Anyone with information can contact the FHP at 850-4884-5000 or Emerald Coast Crime Stoppers at 850-863-TIPS. 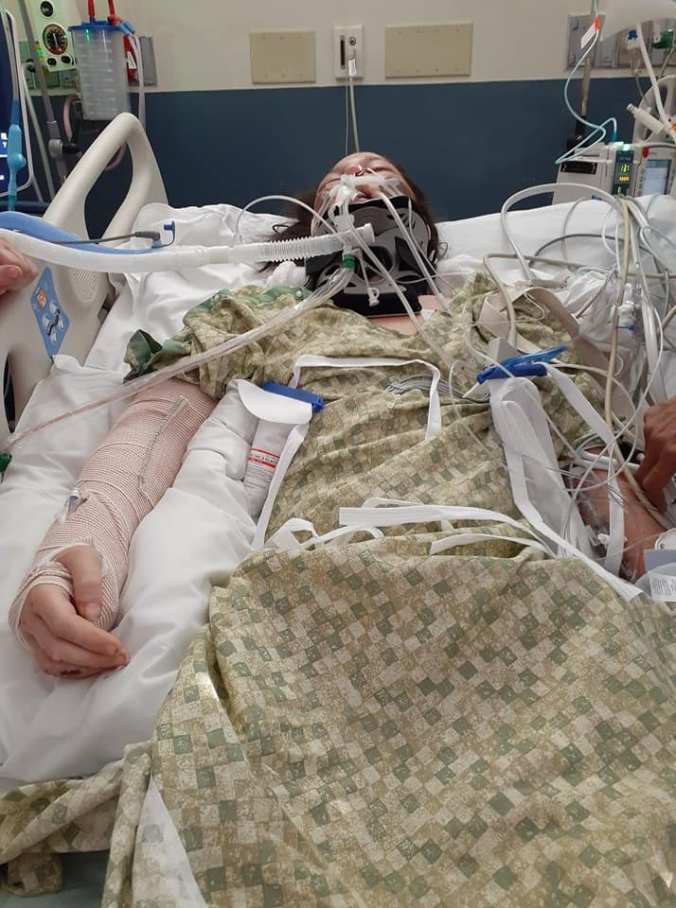 Ashley Richards is unconscious and on a ventilator after a hit-and-run accident Sept. 25. Her mother, Suzanne Wilkins, released this photo in an effort to help find the driver of the car that hit her daughter. (Suzanne Wilkins)