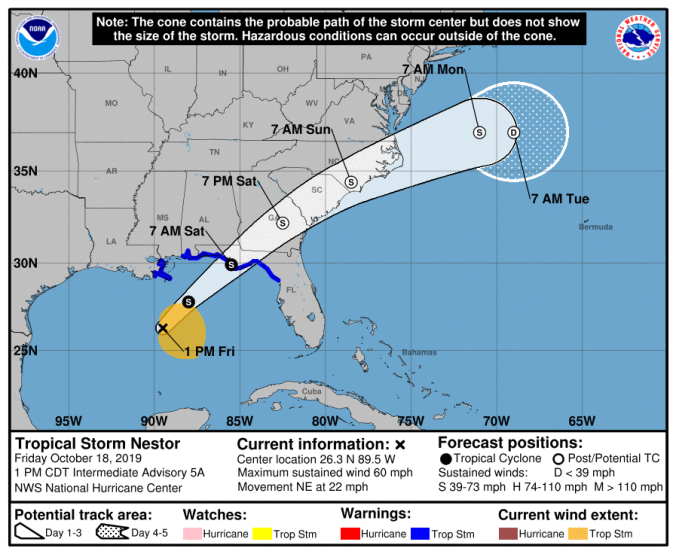 Okaloosa and counties west are no longer in the NHC’s cone of error. However, effects from Nestor’s winds and rain are still expected, including the possibility of a tornado or two.

Tropical storm warnings have been discontinued for areas west of Navarre.

Nestor will continue to advance northeast across the central Gulf of Mexico, become positioned over the northeast Gulf by late this evening and near the coast later tonight, according to the National Weather Service in Mobile.

The storm is packing winds near 60 mph with higher gusts.

Maximum sustained winds along the immediate coastline of the western Florida panhandle will likely range between 35-to-45 mph, with gusts up to 60 mph, according to the NWS.

Rainfall amounts between 2 and 4 inches with isolated higher amounts will be possible, especially in coastal areas south of Interstate 10.

Nestor is the 14th named storm of the 2019 Atlantic hurricane season.