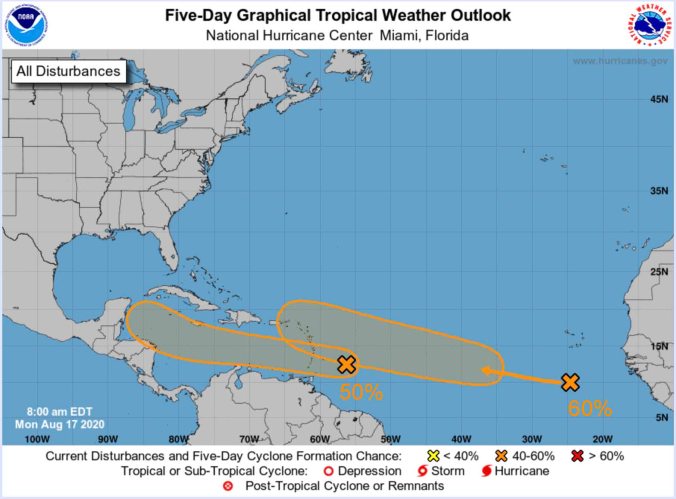 HOLT, Fla., Aug. 17, 2020–The National Hurricane Center identified two new tropical waves to monitor in the Atlantic during the weekend.

The first is a fast-moving wave located a couple hundred miles east of the Windward Islands.

It’s clipping along at 20 mph which should limit significant development as it moves through the island chain and into the Caribbean Sea Tuesday, according to the NHC.

The system is forecast to slow down as it nears the western Caribbean where conditions become more favorable for tropical depression development later this week.

It has a medium 50 percent chance of development.

The second tropical wave located over the far eastern Atlantic is forecast to move westward at 15-to-20 mph during the next few days.

This wave is expected to develop into a tropical depression sooner, during the  middle-to-latter part of the week, as it moves into the central Atlantic.

It has a medium 60 percent chance of development.