HOLT, Fla., May 5, 2017—Holt Water released its 2016 annual drinking water report and made it available to residents May 1 via its website.

The report covers a period from Jan. 1 through Dec. 31, 2016, and states that Holt drinking water meets all federal and state requirements. 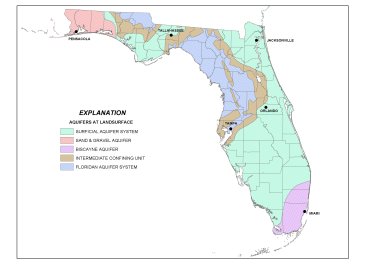 The sand-and-gravel aquifer supplying Holt’s water stretches from Escambia county, goes through Santa Rosa and Okaloosa counties and covers half of Walton county.

Because of the purity of the water from the aquifer, Holt Water only adds chlorine to control microbial contaminants.

Holt’s water test showed trace amounts of arsenic, lead, fluoride and sodium, all well below acceptable levels, according to the report.

Any contaminants that appear in the water come from sources such as agricultural runoff, man-made pollutants and chemicals found in nature.

According to the Florida Department of Environmental Protection website, all drinking water sources are vulnerable to a variety of contaminants from a number of activities.

“When rain falls, it picks up and carries away pollutants, depositing them into lakes, rivers, wetlands, coastal and even underground sources of drinking water,” the website states.

The Florida DEP determined Holt’s water system showed no potential source of contamination near the wells themselves.

In 2012, 2013 and 2014, a petroleum storage tank near one of the wells presented a moderate potential for water contamination. The tank has since been removed and was no longer listed as a potential contamination source in 2015, said Donna Ash, Holt Water Works manager.

Tap water was tested for lead and copper during a four-month period from June to September. Holt’s water does contain traces of both metals in low levels; however, the amounts are well below acceptable levels, according to the report.

“Lead in drinking water is primarily from materials and components associated with service lines and home plumbing,” said Ash.

However, according to Ash, neither lead nor copper pipes are used in the utility’s nearly 34-mile waterline distribution system. That means these metals likely come from within the home.

“Unfortunately, we can’t control the variety of materials used in home plumbing,” she said.

Holt’s water is tested at various points, including the source, after it has been treated and disinfected and in some cases at the consumer’s tap.

“Our constant goal is to provide [residents] with a safe and dependable supply of drinking water,” Ash said.