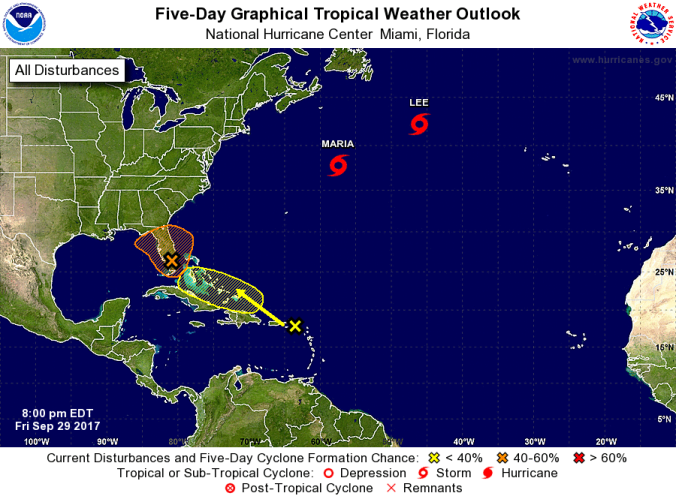 The first is a weak low-pressure area over the southern Florida peninsula that’s producing a large, but disorganized, area of cloudiness and showers extending from the northwestern Caribbean Sea northward.

A low-pressure system could form near Florida or over the eastern Gulf of Mexico before upper-level winds become unfavorable early next week.

The NHC gives this system a 40 percent chance of further development through the next five days.

The second tropical wave is moving northeast over the Caribbean Sea, adjacent to the Atlantic waters.

There are no signs of organization and surface pressures are not falling at this time; however, conditions could become a little more favorable for some development next week while the system moves toward the west-northwest.

Formation chance through the next five days is low at 20 percent.