HOLT, Fla., May 30, 2018–Okaloosa County Sheriff Larry Ashley confirmed no other arrests have been made in the murder of a Crestview woman last week.

“There has not been a second arrest,” Ashley said during a news conference today. 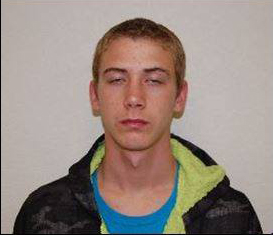 The suspect, Jeremiah Murphy, 17, told deputies an accomplice shot Nancy Kirk Williams during a burglary of her home May 26.

“I’m disappointed,” said the sheriff. “This kid had 11 felonies, seven misdemeanors and he’s still out walking the street.”

“If I was arrested 11 times for felonies, I would be under the jail and never see the light of day again,” he said. “When it’s a juvenile, we somehow think it’s different.”

Chief Assistant State Attorney Bill Bishop said Murphy will be charged as an adult for the crime.

“He’s arraigned and charged with first-degree murder,” Bishop said during the news conference. “A grand jury will be empaneled in the next two-and-a-half weeks. The state will be seeking to indict him as an adult.”

The investigation continues to determine if there were other people involved in the crime.

“We’ll continue to investigate the possibility there were other people involved in this, but at this time, there is obviously sufficient evidence to charge the individual and move forward against him as an adult,” Bishop said.