Two written warnings for running Crestview stop signs were the least of a DeFuniak Springs resident’s problems following a Friday evening traffic stop on Aplin Road, according to the Crestview Police Department.

Christopher Michael Driver, 30, was arrested on multiple narcotics charges when an assortment of drugs was found in his car. 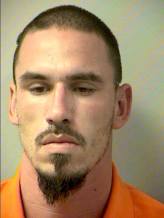 After a Crestview Police investigator stopped Driver  for failing to stop at two stop signs, the stop changed from a traffic violation to a narcotics stop.

“As soon as I got up to the car, I smelled it,” said K9 Officer Nate Marlar of a “distinct order of marijuana emanating from the vehicle.” 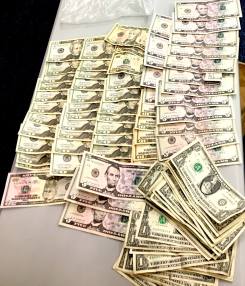 More than $800 in cash was found during the traffic stop. (CPD)

According to Marlar, the smell was so strong, he didn’t need his K9 partner, Kody.

A search of Driver and the vehicle found:

The suspected cocaine and marijuana yielded positive results when tested.

“We are putting big dents in this drug trade stuff,” Marler said.