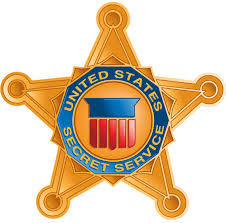 WASHINGTON, June 3, 2018–Secret Service agents are participating in a nationwide initiative to locate and recover illegal credit card skimming devices from fueling stations in advance of the upcoming Fourth of July holiday this week.

Operations are being conducted at locations across 21 states and involving 36 Secret Service field offices.

It’s unknown if Florida is included in this operation.

Fueling stations are a prime target due to frequency of use and a criminal’s ability to install the devices and recover the stolen data undetected.

Because today’s gas pumps are typically unattended, developing suspects and making arrests in skimming cases is difficult, but not impossible, according to the Secret Service.

The American Automobile Association estimates this holiday week will be the busiest Fourth of July travel period in history with estimates of more than 44 million Americans hitting the road.

The U.S. Secret Service led a hugely successful campaign to counter skimming operations around the country prior to the 2018 Memorial Day Weekend. The nationwide event led to the recovery of more than 70 skimmers.