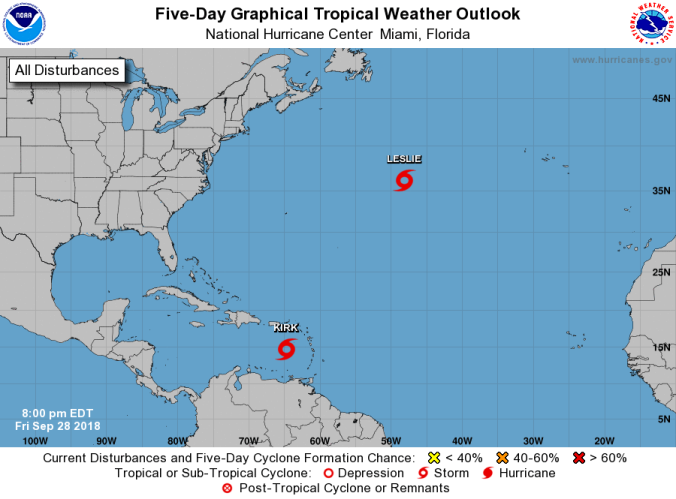 Leslie’s forecast is for the system to become a tropical storm sometime in the next three days. 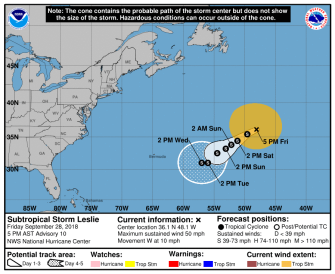 The storm has been moving generally westward for the past few days but is expected to move in a southwesterly direction the next three-to-four days, according to the NHC.

The 11 a.m. NHC update forecasts Leslie to become a large and powerful post-tropical storm by Wednesday with winds increasing to hurricane strength by Thursday.

Meanwhile, Tropical Storm Kirk is barely hanging on, barely meeting the criteria for a tropical storm, according to the NHC.

Another reconnaissance mission scheduled for tonight should give a better estimate of Kirk’s intensity.

By tomorrow morning, the cyclone will likely have degenerated into a trough of low pressure, according to the NHC.