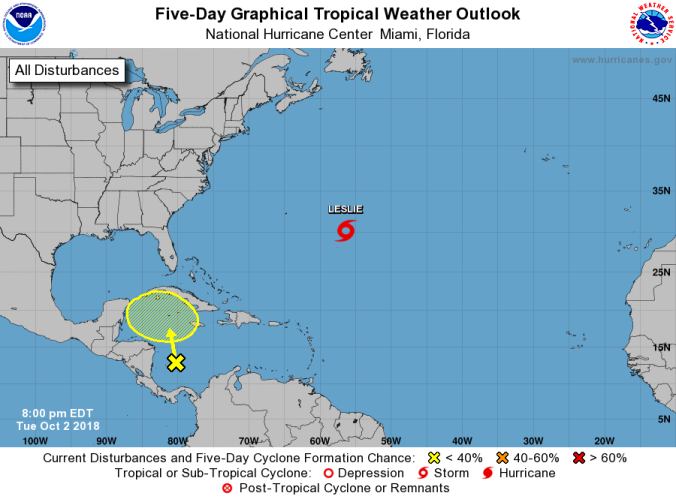 A broad area of low pressure located over the southwestern Caribbean Sea is producing numerous showers and thunderstorms extending from Central America eastward through Hispaniola.

There are no signs of a surface circulation at this time, but conditions appear to be favorable for some gradual development of this system late this week and this weekend while the low drifts generally northward during the next several days.

Current conditions in the area allowing for further development include decreasing wind shear, warm deep water, moist atmosphere and a slow movement to allow this system a chance to develop further.

The NHC gives this system a 30 percent chance to develop further during the five-day forecast period.