SHALIMAR, Fla., June 11, 2019—A former Shalimar woman is charged with exploiting an elderly couple while working as their housekeeper and helper for seven months.

Elissa Hurren Pedersen, 45, who turned herself in Monday, was arrested on charges of exploitation of elderly persons between $10,000 and $50,000, fraudulent use of credit cards, false verification of ownership to a pawnbroker and criminal use of personal identification.

Between September 2018 and April 2019, Pedersen was hired as a housekeeper and helper for a partially disabled 75-year-old woman and her terminally ill 80-year-old husband who is under hospice care.

The victims said they paid Pederson $400 a week to help with housework, cooking, getting the mail and other tasks. Pederson had a set of house keys and picked up their mail each day.

The woman, who depends on a walker to get around, was contacted by Discover Card regarding suspicious charges on a card she said she never owned or applied for.

Pedersen was listed as an authorized user on the account.

Upon questioning by the elderly couple, Pedersen confessed to ordering the credit card, apologized and promised to reimburse them for the charges. 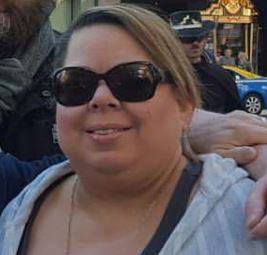 Pedersen charged more than $1,500 on the Discover Card to include a New Orleans trip complete with carriage ride. Pederson’s daughter posted photos from the family trip in April on Facebook.

In addition to the Discover Card charges, the victim also found multiple charges she didn’t make on Dillards and JCPenney cards as well as Amazon purchases made with her bank credit card, even though she has never had an Amazon account.

The Dillards card had more than $2,700 in charges for women’s clothing, perfume and designer handbags. The JCPenney card had a $114 transaction for a hair appointment at the styling salon.

The crime didn’t stop with the credit cards.

The victim suspected jewelry and some of her husband’s medications were also missing.

An Okaloosa County Sheriff’s Office investigator said the woman began to cry when he showed her a photo of jewelry that had been pawned by Pedersen in January 2019. She positively identified pieces of jewelry belonging to her and her husband, along with other items.

Pedersen pawned gold chains belonging to the husband and a unique “I love you” inscribed wedding pendant both victims had designed together. It cannot be recovered because it was melted down.

The husband’s gold and diamond wedding band worth more than $5,000 is also missing and has not been recovered.

All totaled, Pedersen pawned an estimated value of $11,000 in jewelry.

An active warrant for Pedersen was approved May 16 and the case was featured by Emerald Coast Crime Stoppers in June.

The Detroit area Crime Stoppers also assisted in publicizing the search when Facebook posts indicated Pedersen had gone to Michigan.

The investigation is ongoing.