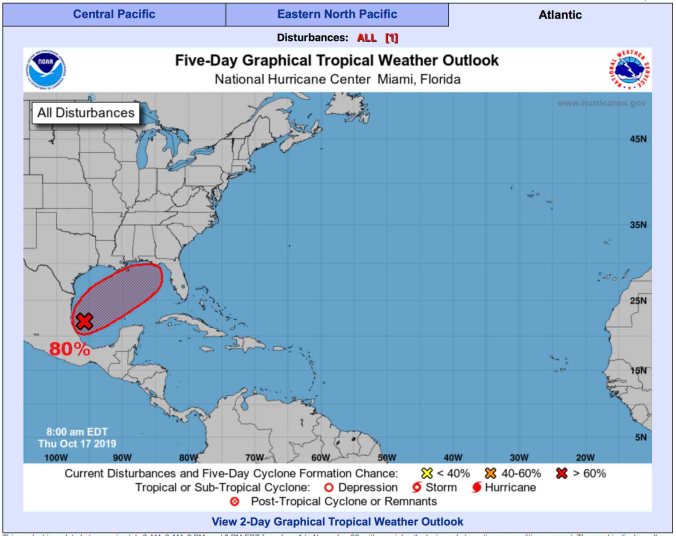 HOLT, Fla., Oct. 17, 2019—The upper Gulf Coast is going to get some rain Friday into Saturday as a possible tropical system heads this way.

Showers and thunderstorms associated with the broad area of low pressure located over the southwestern Gulf of Mexico continue to show signs of organization, according to the National Hurricane Center.

Environmental conditions are expected to be favorable for additional development, and there’s a high chance a tropical or subtropical storm is likely to form later today or tonight while the system moves generally northeastward over the western Gulf of Mexico, according to the NHC.

Should the system develop into a named storm, it will be called Nestor.

Regardless of development, the system is likely to produce gusty winds and locally heavy rainfall across portions of the southeast U.S. late this week and this weekend.