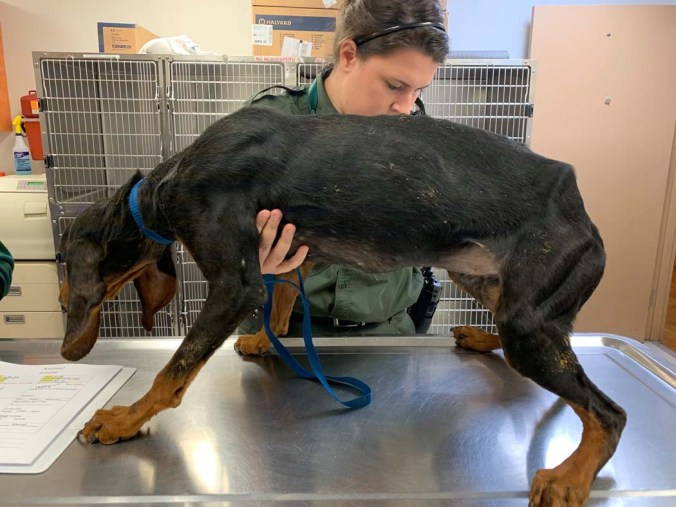 WALTON COUNTY, Fla., Nov. 27, 2019—An anonymous tip lead to the discovery of two dogs in grave condition yesterday according to the Walton County Sheriff’s Office. 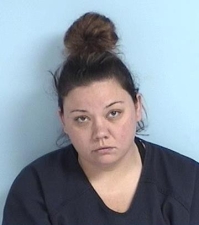 The owner of the animals, Samatha Bishop, 30, was charged with two felony counts of aggravated animal cruelty.

Walton County Animal Control responded to a residence on Hinote Road Nov. 26 after an anonymous report of animal abuse.

The animal control officer and a deputy attempted contact at the house on the property, but no one responded.

A dog pen and dogs were located and further investigation revealed two dogs in extreme distress.

One of them, a hound, was laying on the concrete floor of the pen in blood, feces and urine and was barely breathing. While trying to give care to the animal, it passed away.

The second dog was so weak she could barely stand and was extremely malnourished.

Both were without water.

Bishop told investigators she fed and cared for the dogs every day; however, the animals’ physical state and their living conditions did not corroborate her statements.

Bishop was given a $5,000 bond and ordered not to have any animals.

“She looked like a little skeleton with skin draped over it,” said Walton County Animal Shelter staff, who are currently caring for her. “Her feet had sores and blisters, likely from standing in her own feces and urine. As a dog that should weigh 45-50 pounds, she came in at 29 pounds.”

“We’re calling her Hope,” said Tina Barker, WCAS manager. “She in good hands and we’re looking forward to her recovery.”

Anyone who would like to help in her recovery may make donations to the Walton County Animal Shelter. Earmark the gift for Hope.