HOLT, Fla., July 31, 2018–A Milton resident was the “recipient” of more than $550,000 from Publishers Clearing House Sweepstakes according to the Santa Rosa County Sheriff’s Office.

Fortunately, the recipient didn’t fall for the scam.

According to an April news release from the Federal Trade Commission, this is an old scam that continues to resurface. 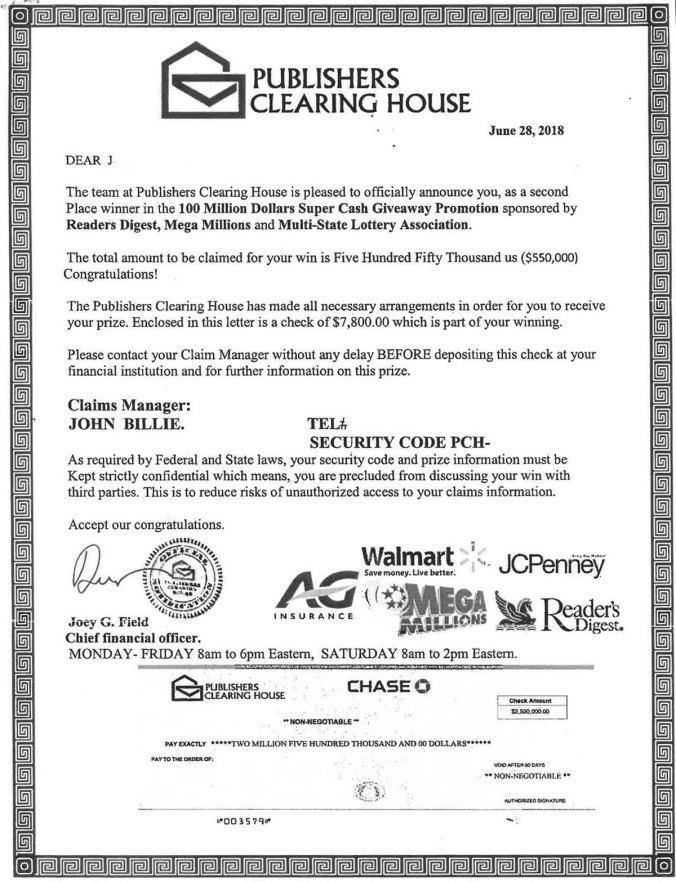 The scam starts with a call or letter informing the recipient is a sweepstakes winner. In the Milton case, it was with a letter.

However, to collect the prize, the recipient must send money to pay for fees and taxes.

According to the FTC release, the recipient will be asked to send money by Western Union or MoneyGram or by a reloadable card or gift card.

Or, as in the Milton case, the scammer will send a fake check along with the letter.

To claim the prize, the recipient is asked to deposit the check and send some of the money back for fake expenses.

The check invariably bounces—after the unlucky recipient has sent money to the clearing house.

A few things to remember: