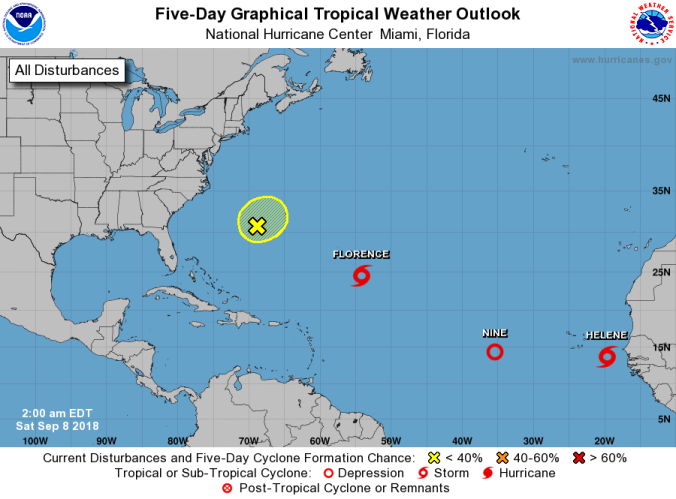 HOLT, Fla., Sept. 8, 2018–Tropical Storm Helene formed in the Atlantic Ocean just off the coast of Africa during the night.

The National Hurricane Center is forecasting Helene to become a hurricane by Sunday.

Helene is moving west at 13 mph and is expected to continue on that track through the weekend before turning west-northwest and increasing its speed by early next week.

Tropical depression nine, located between the Lesser Antilles and Cabo Verde Islands, is expected to become a tropical storm today and become Hurricane Isaac by early next week, according to the NHC.

Nine is moving toward the west-northwest at a slow 5 mph, but is expected to adjust to a westwardly direction and pick up speed later today.