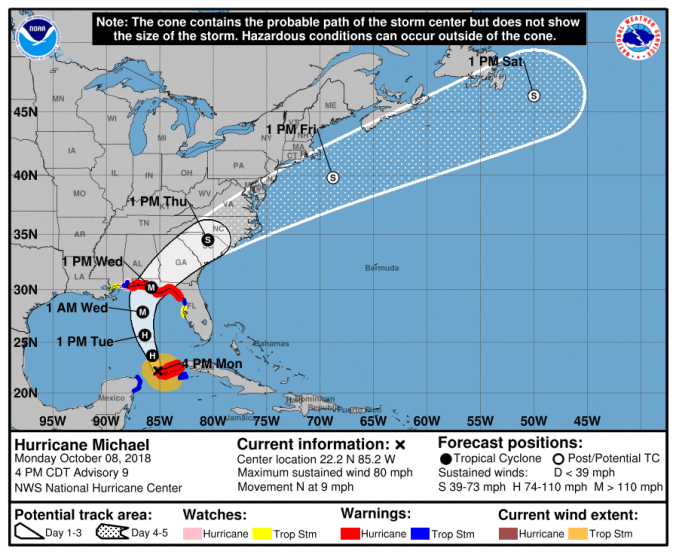 Hurricane warnings have been issued for the panhandle.

HOLT, Fla., Oct. 8, 2018—The National Hurricane Center has issued a hurricane warning for the Florida Gulf Coast from the Alabama/Florida border eastward to Suwannee River.

Michael is expected to make landfall somewhere between the western Florida panhandle and the Florida Big Bend area Wednesday, according to the NHC.

Maximum sustained winds have increased to near 80 mph.

Steady-to-rapid strengthening is forecast for Tuesday and Michael is expected to become a major hurricane with 120 mph winds sometime Tuesday or Tuesday night.

The NHC is forecasting 115 mph winds at landfall making Michael a Category 3 hurricane.

Aircraft and satellite fixes show that Michael has been wobbling as it moves generally northward. Because of this there is still uncertainty in track, intensity, and structure of the hurricane, according to the NHC.