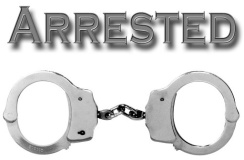 HOLT, Fla., Oct. 24, 2018–A Davidson Middle School student has been charged with making threats against the school to get out of taking a test.

Lillie Marie Gainey, 12 years old, was charged with written threats to kill, do bodily injury or conduct a mass shooting or an act of terrorism, a second-degree felony.

A school resource officer was notified yesterday of a threat written on the mirror and wall in the girls’ bathroom stating, “I’m shooting up the school Friday!!”

The SRO identified the student who wrote the threat by reviewing video footage from outside the restroom doors.

The student admitted to writing the threat and stated she wrote it because she had been unable to prepare for an upcoming test on Friday and hoped school would be closed.

The Okaloosa County Sheriff’s Office has a zero-tolerance policy for threats of school violence.

Making a threat, whether real, as a joke or trying to be released from school early, is no different than making a bomb threat or pulling the fire alarm, which puts people’s lives in danger, said Sheriff Larry Ashley following a school threat earlier this year.

The consequence of this is jail, he said.

“There are no ifs, ands or buts–you go to jail,” Ashley said. “If you cry ‘wolf,’ we will come. There’s no way to not be identified and not having a visit by law enforcement.”

Anyone with information in regards to potential school threats are encouraged to tell someone or contact Emerald Coast Student Crime Stoppers at 850-863-TIPS, emeraldcoastcrimestoppers.com or by using the P3 Tips Mobile application.