HOLT, Fla., June 8, 2019–The Laurel Hill man arrested for animal cruelty in March 2019 has been sentenced to 10 years in the state prison. 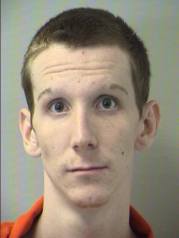 His 10-year sentence will be followed by a five years probation.

Reeves was serving a probation sentence for felony battery and burglary charges when he was arrested by by the Okaloosa County Sheriff’s Office for animal cruelty.

The charge occurred March 14, 2018, when the sheriff’s office was searching for Reeves for a probation violation.

They found Reeves with a knife with dried blood on it, drug paraphernalia and blood on him.

Upon checking his home, they found a dog Reeves had killed and mutilated. Members from PAWS recovered his DNA from the dog.

Aggravated animal cruelty is a third-degree felony punishable by a maximum of five years in the state prison.