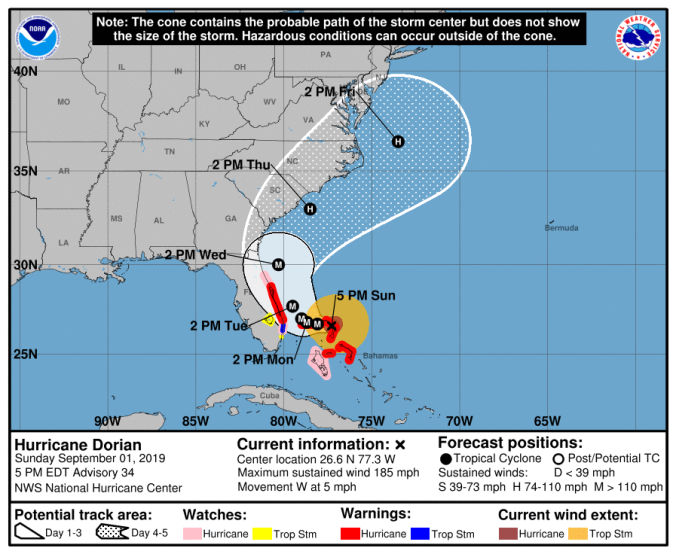 Hurricane conditions are expected within the hurricane warning area by late Monday or Tuesday.

Warnings are issued up to 36 hours before the onset of tropical-storm-force winds to give people a chance to complete storm preparations.

Creeping at 5 mph, Dorian is expected to slow even more before making a turn toward the northwest in a day or two, prolonging its catastrophic effects in the northwestern Bahamas.

According to the NHC, Dorian will move dangerously close to the Florida east coast late Monday through Tuesday night.

Only a slight deviation to the left of the official forecast would bring the core of Dorian near or over Florida’s east coast, according to the NHC.

The NHC issued these warnings for a portion of the coast given the uncertainty in the track forecast and the anticipated increase in the size of the storm.

Near the coast, storm surge will be accompanied by large and destructive waves. The combination of a dangerous surge and the tide will cause normally dry areas to be flooded by rising waters moving inland from the shoreline, according to the NHC. 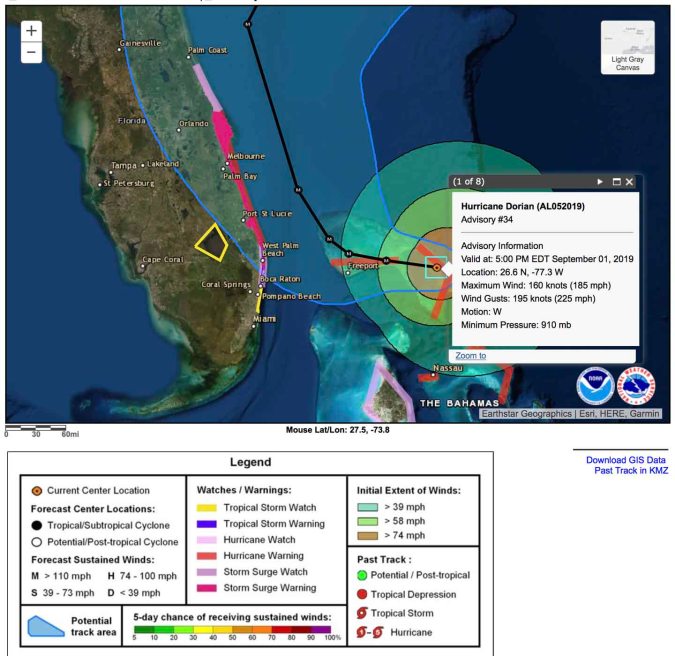