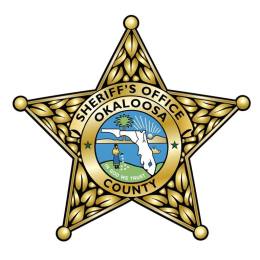 SHALIMAR, Fla., Aug. 24, 2018–A Baker School student who made threatening comments in a message to another student via social media was arrested today by the Okaloosa County Sheriff’s Office.

Kaleb Crooks, 17, is charged with making a false report about planting a bomb, explosive or weapon of mass destruction or concerning the use of firearms in a violent manner, a second-degree felony.

Crooks sent a message to another student approximately two weeks ago of him holding what appeared to be a rifle.

At the time the photo was sent, the two students were friends but recently began arguing about a girl.

Crooks made recent comments in a separate message about possibly purchasing the weapon and using it to harm another student and the student’s family.

The teenager told school resource officers he did send the messages but never intended to hurt anyone.

The OCSO has a zero-tolerance policy in regards to threats and the student was turned over to the Department of Juvenile Justice.