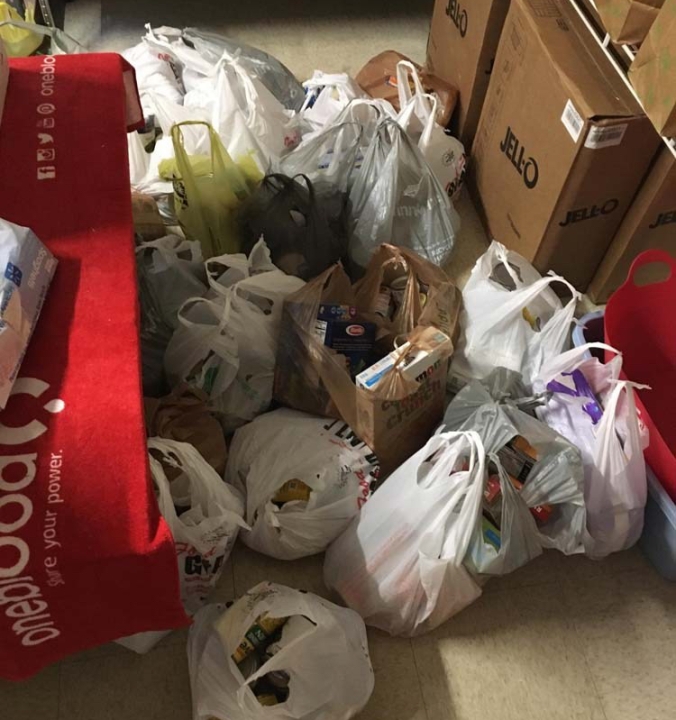 Shopping bags filled with food are donated by Holt Academy to the community food pantry.

Bags of food were delivered just in time for the Thanksgiving holiday season.

Set up as a competition between the morning and afternoon 4-to-5-year-old pre-kindergarten classes, the class that brought in the most food won a pizza and ice cream party.

The two classes donated non-perishable items, including a box or two of diapers, according to VPK academy teachers Stephanie Newell and Angel Gonzalez.

The food drive was part of teaching the children about Thanksgiving, said Gonzalez. Besides the traditional pilgrims and Indians story, giving teaches the children to care for others.

“The children get excited about giving,” she said. “We always talk about caring and sharing, helping and being kind.”

One enthusiastic boy raided his pantry at home, cramming his backpack full of canned goods. His mother found out when he needed help zipping his pack, according to Gonzalez.

“It’s the Thanksgiving and Christmas seasons when people are the most generous to us,” said Holt pantry director Donna Ash. “Every little bit helps, especially this time of year.”